How to clean your teeth is a hotly debated topic and is something we learn and that becomes ingrained in us from an early age.

So, what does the correct tooth cleaning technique actually look like? Patients obviously want to keep their teeth for a lifetime to be able to eat! Teeth are the focus of attention when it comes to appearance.

They should be white, stand in regular rows, and be surrounded by pink, healthy gums.

To meet these high standards, the right choice of tools for cleaning is required, as well as the right cleaning techniques which should ideally become part of your everyday routine.

For a more effective cleaning technique, we recommend you use interdental brushes and ultrasonic toothbrushes: they really make cleaning a cinch!

So, what does this technique using different instruments look like?

For life-long dental health with beautiful teeth, patients will need to use a combination of different tooth cleaning tools. These are easy to learn to use. The first is the toothbrush, which should be soft-bristled in order to not damage the gums. Electric models, and even models using ultrasonic vibrations can be used nowadays. These are what we recommend as dentists and dental hygienists. This is because effectively removing plaque and bacteria from the teeth relies greatly on the toothbrush. Electric toothbrushes have been scientifically proven to be more effective than normal toothbrushes.

A pleasant-tasting toothpaste recommended by a dentist will help you to care for your teeth properly. Pleasant-tasting as otherwise brushing your teeth will become an activity you regard less positively. Unfortunately, the majority of the modern press often reports on toothpaste ingredients using presumptive headlines and one-sided reporting. The fluoride that is mixed into toothpaste is regularly targeted. This fluoride is extremely important for protecting the outer layer of the tooth, the enamel, against the acid-based attacks from bacteria. The press all too often gets fluoride confused with fluorine. This is simple enough to explain. Fluoride is found in the air and water and is a healthy trace element.

Contrasting with this, fluorine is a strong-smelling, toxic gas. The similarity between the two words often unsettles patients. To make this confusion a little clearer, remember that ingesting sodium chloride (salt) in food is vital for life. Chlorine, however, is just as toxic a gas as fluorine.

A further two tools that are used for tooth cleaning are dental floss (unwaxed or waxed dental floss) and interdental brushes. Dental floss has one clear disadvantage when compared with interdental brushes. It is often pulled between the teeth with two much force, digging into the gums. This can cause damage to the gums. Bacteria can then cause inflammation to occur. And it isn’t only this damage to the gums that can be problematic.

The gums also start to become superfluous at the points where the floss digs in. Resulting from this, symptoms such as loss of gums can occur, revealing the sensitive, now exposed tooth necks. 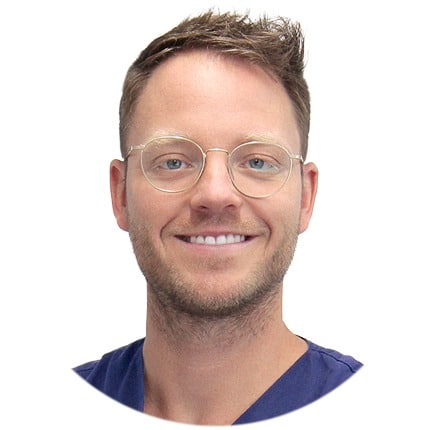 “Daily cleaning of the teeth carried out correctly is the basis for any person’s dental health. We would be happy to help you to repair any damage to your teeth. We are always particularly pleased to see patients maintaining their crowns, inlays and implants with the right dental care. That’s why the dentists at the Dr. Hager Dental Practice give patients advice to help them to best look after their oral health, as the treatments we provide will last longer when properly cared for.“

A further recommendation from our dental hygienists to improve dental hygiene: don’t use mouthwash. These have the disadvantage of mainly removing “good” bacteria, giving the “bad” bacteria more space to multiply. A tongue cleaner can help to remove deposits on the tongue. This should be done carefully and gently as there are a variety of useful glands present on the surface of the tongue e.g. glands that send taste signals to the brain.

Dental floss is only recommended for maintaining dental hygiene in cases where interdental brushes cannot fit between teeth. A further recommendation from our dental hygienists to improve dental hygiene: don’t use mouthwash. These have the disadvantage of mainly removing “good” bacteria, giving the “bad” bacteria more space to multiply. A tongue cleaner can help to remove deposits on the tongue. This should be done carefully and gently as there are a variety of useful glands present on the surface of the tongue e.g. glands that send taste signals to the brain.

All of these different products can only help when used properly. Correct use of a standard manual toothbrush (not electric) is with the so-called ‘modified Bass technique’. This involves using soft, circular-motions, also working backwards and forwards over the tooth and gum. Once one area has been covered using this circular brushing, the bristles of the toothbrush are flicked down the surface of the tooth away from the gums.

This removes any loosened plaque from the interdental spaces, which can finally be flushed away from the mouth using water.

As dentists and dental hygienists, we are often asked about this. A recent study has scientifically proven that bacteria amass over a 24-hour period, and only then build up a matrix structure (biofilm) to carry out their work eroding away the enamel with the acid bi-products from their metabolism. This process causes minerals to be extracted and the first steps of tooth decay (caries) start. If patients are successful in repeatedly destroying this bacterial biofilm using the right dental care, then the bacteria are never able to further develop this demineralising effect. It is for this reason that, strictly speaking, it doesn’t matter when the teeth are cleaned. As people are creatures of habit, it may be beneficial to get into a routine of cleaning teeth at a specific time. The ideal for this is “before bed”.

By brushing with the proper technique just once, then that’s a big step in the right direction for preventing tooth decay and periodontal disease. The emphasis here, though, is on “proper”. If the proper technique is not achieved, using toothbrush, floss and/or interdental brushes, then even brushing multiple times per day will not protect against tooth decay. Generally, it is recommended to wait thirty minutes after eating before brushing your teeth. Another important tip for proper cleaning and to ensure long-term dental health: use a toothbrush with a smaller head, and regularly change your toothbrush for a new one.

When should I brush my teeth, and how often?

Very simple: done properly, once every 24 hours. But what does “properly” mean? It is worthwhile to ask about this during your next dental hygienist appointment.

It is certainly not true that cleaning more times in the day is better. It is enough to destroy the bacterial biofilm just once every 24 hours. People normally find it easier to carry out this type of task as part of a routine. Many people tend to find that this is easiest every evening, before bed.

What type of toothbrush is better for me: electric, or a standard manual toothbrush?

An electric toothbrush can help to better remove plaque in hard-to-reach places where plaque can hide, and to ensure that the movements of the small toothbrush head are circular. Electric toothbrushes, and even ultrasonic toothbrushes are not, however, any guarantee that you will not suffer from tooth decay. Where patients are able to clean their teeth daily, applying gentle pressure with the toothbrush, mainly concentrating on the area of the gum line and tooth surface, combined with using dental floss or interdental sticks, then generally nothing should happen to the teeth.

Am I cleaning properly when the toothpaste foams up lots?

No, foaming of the toothpaste does not indicate the you are cleaning your teeth properly.

Am I cleaning my teeth wrong if I have exposed tooth necks?

It can happen that you are not able to clean both sides to the same extent due to the hand you use to clean your teeth with. People have a tendency to clean one side more than the other. This can cause gums to recede and tooth necks to become exposed. The reason pain occurs is that the enamel, which protects against exterior stimuli, does not completely cover down to the dental root. For this reason, if the gums recede, then dentine becomes exposed. Dentine cannot itself provide adequate protection against stimuli such as the cold or heat. This leads to pain induced by the nerves which form a network inside the tooth.

Should I use dental floss or interdental brushes?

Any cookies that may not be particularly necessary for the website to function and is used specifically to collect user personal data via analytics, ads, other embedded contents are termed as non-necessary cookies. It is mandatory to procure user consent prior to running these cookies on your website.

Undefined cookies are those that are being analyzed and have not been classified into a category as yet.

Analytical cookies are used to understand how visitors interact with the website. These cookies help provide information on metrics the number of visitors, bounce rate, traffic source, etc.